Politics of Multilateralism: The Geneva Story by Amb. Swashpawan Singh 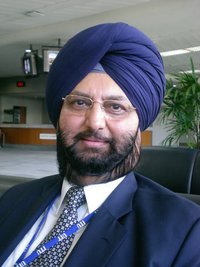 Swashpawan Singh
Professor Tyagi, distinguished guests and friends,
As we observe United Nations Day and meet to recall its many achievements and its limitations, I consider it an honour to have been invited by the School of International Studies of this venerated University, to share with you my thoughts on ”The Politics of Multilateralism: The Geneva Story”.
I recall with nostalgia and much pleasure, my brief association with SIS as part of the program of training as a young Foreign Service Probationer in 1975. It was in the old campus. We had the opportunity of being tutored by a faculty of renowned scholars. They told us about how the world was structured, what India’s place in it was, and how the aspirations of a young nation state, which was also an ancient civilization, could be realised. Their discourse was inspiring, rooted in a vision of a better world that would be more equitable, more inclusive, free, peaceful and democratic. One in which the historical injustices of colonialism would be addressed and sustainable development promoted. It was a vision imbued with idealism and hope and in which the United Nations and other multilateral institutions would play a leading and positive role.
There was a basis for this optimism in the mid seventies. The United Nations had done well. It had assisted in bringing about decolonisation and an end to apartheid. It had created normative principles to regulate international conduct. It had addressed issues such as disarmament, social development, gender equality, population, food and water and a host of problems which were directly relevant for the developing world. Common transnational services related to civil aviation, maritime regulations, health, telecommunications, postal systems, refugees, world weather and food security among others, were the global public goods that had been contributed by the UN multilateral system. New ways of addressing the inequities of the international economic system were studied and creative solutions were proposed, some even implemented (General system of preferences, commodity fund, special drawing rights etc). The sense of idealism was reinforced.
Read more »
Posted by Indian Diplomacy at 10/26/2010 2 comments: 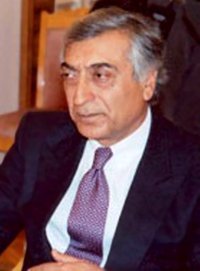 Lecture on Indo-Pak Relations by Amb. K. Sibal at Guru Nanak Dev University, Amritsar
22Oct 2010
India’s relations with Pakistan are exceedingly complex. The problems are multi-dimensional, stretching across politics, security, territory, religion, history, geography, psychology etc. It is not merely a foreign policy issue, and therefore the normal tools of diplomacy are not enough to resolve them.
Pakistan has no historical basis; it has only a political one. If it was the case that two distinct people, with their own clear sense of history and identity, had been forced to cohabit against their will, and at an opportune moment separated as independent entities, reconciliation would be easier in principle. But if division is made because of political expediency, distorted narratives and geo-political reasons, and the cut and paste separation remains incomplete, then the wounds of partition will fester.
The “two nation theory”, the basis of Pakistan’s creation, lost meaning with millions of Muslims staying on in India in 1947, and, later, Pakistan itself getting divided into two separate Muslim nations. The integrative role of India’s democracy and secularism vis a vis our Muslims is a continuing challenge to the asumptions on which Pakistan was created. This accounts for Pakistan’s Islamization drive, its attempts to delink itself from its Indian moorings and orient itself toward the Arab world, and its emphasis on differences with India. Pakistan has, for the same reason, striven to excite communal passions in India so as to weaken India’s secular fabric.
Read more »
Posted by Indian Diplomacy at 10/23/2010 18 comments: