BCIM Car Rally 2013 - My way or the express highway

After a late-night entry in China, we were pleasantly surprised when the control car announced that we don't have an early start the next day. Well, we couldn't have asked for anything better. Even if not having an early start means starting the day at 8.30, we were happy with whatever we were getting.
The day started with a healthy breakfast to keep us up for a long drive to Tengchong. More than the long drive, the concern was driving on express highway! Rules we were told to keep in mind were:

...And we were off on our first drive in China, and what a drive it turned out to be! From the moment we started in Ruili, we were welcomed with beautiful sidewalks, smooth tarmac roads, 6 lane highways - quite a relief for the cars as well as the teams in them. During the drive to Tengchong, we crossed miles of tobacco and sunflower fields. What a beautiful sight! The pilot car led us out of the city in no time. 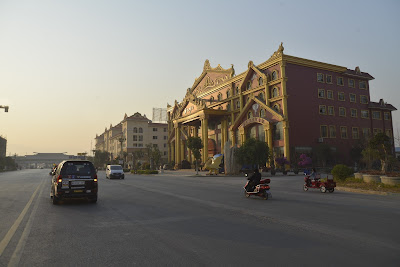 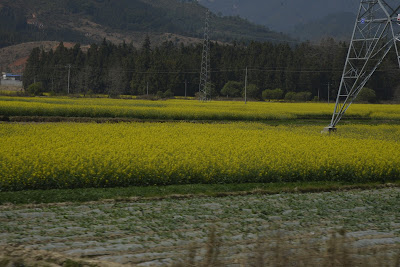 Our first break came about 4 hours later, where we had lunch and proceeded to cover the pending 2 hours of journey. By 4, we were in the second city in China - Tengchong. 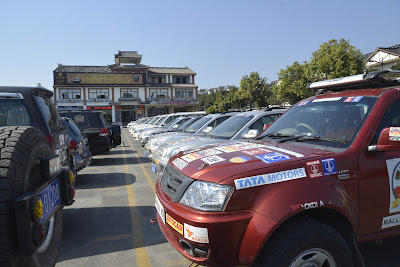 To brief you about this town- Tengchong’s location on the merchant route has let it witness the rise, growth and fall of the trade in Chinese history. Once blurred on the average tourist’s maps, Tengchong has regained importance. The volcano park, which has had active volcanic eruptions in the past 500 years, the hot water springs and Beihai wetland, or marsh are quickly gaining attention as tourist attractions. Add to it the Yunfeng mountain, that resembles a bamboo shoot towering towards the sky- and you have a county that is beautified with natural features.
By now, we had crossed beautiful sights, grand highways and driven at an average speed of 140kmph and were going farther away from the sea level; we were told drive to Dali will be at 6000ft. above sea level. Time for some ear-popping. 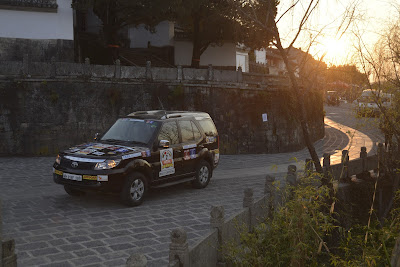