AMBASSADOR RONEN SEN
ON
INDIA-US RELATIONS: POST-PRESIDENT OBAMA’S VISIT
AT
JAMIA MILLIA ISLAMIA CENTRAL UNIVERSITY ON 7 DECEMBER, 2010
Vice-Chancellor, Prof. Najeeb Jung,
Joint Secretary, Navdeep Suri
Friends,
I am honored to be in your midst at this august institution, the Jamia Millia Islamia Central University.  I have been asked to share some thoughts with you this afternoon on the current state of India-US relations, following the visit to India last month of President Barak Obama.  The views expressed by me are personal and, apart from my past experience, based on information in the public domain.  I was not even present in Delhi during the US President’s visit.
Let me touch briefly on our relationship with the US before the visit.  These relations were given a major boost during the visit of President Bill Clinton to India towards the conclusion of his second term as President in 2000.  The relationship scaled unprecedented heights during the Presidency of George W. Bush, particularly during his second term in office.  This was manifested above all in the historic India-US civil nuclear deal, the unique single country specific exemption for India from the application of the guidelines of the Nuclear Suppliers Group (NSG) (which was discriminatory and intentionally so) and the approval of an Additional Protocol by Board of the International Atomic Energy Agency (IAEA).  Another important milestone was the conclusion of a 10 year framework on Defence Cooperation by the two Defence Ministers in 1995.  There were several other initiatives for bilateral and global cooperation which transformed India-US relations to the most broad-based relationship that India has with any country in the world.  The strategic initiatives, including the nuclear deal, were first envisaged in the Next Steps of Strategic Partnership (NSSP) announced jointly by former Prime Minister Atal Behari Vajpayee and President George Bush in January 2004.  It was strange that this visionary initiative of Shri Vajpayee was not recognised by his own party.  Prime Minister Manmonhan Singh’s sagacity and strategic foresight led him to stake the future of his government on this issue. It was also ironic that the major global implications of the deal were better realised by most countries abroad, including by China and Pakistan, than in our Parliament.

Track 2 and Back Channel Diplomacy in India-Pakistan Relations 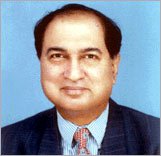 Track 2 and Back Channel Diplomacy in India-Pakistan Relations.
By G Parthasarathy
Traditional Diplomacy has, for centuries, involved talks in closed chambers between the rulers of countries, or their designated representatives, to resolve differences, forge alliances and put in place new architecture for cooperation and coexistence, after conflicts.  But, in the contemporary world, civil society activists, academics, politicians, corporate business representatives and persons well versed in the conduct of international relations play an increasingly important role in influencing and moulding the foreign and security policies of nations. In the present day, therefore, contacts between designated Government representatives are very often complemented by inputs resulting from meetings between non-official representatives of countries. On many occasions, when Governments wish to avoid publicity, or seek to informally ascertain the positions of others, before entering into the realm of official and formal talks, they utilize informal channels, using trusted and reliable individuals and institutions for planning out their negotiating strategies. Equally, when civil society institutions feel adequately concerned about situations getting out of hand, they take the initiative for contacting counterparts abroad, to ascertain whether they can contribute to easing tensions, or promoting cooperation. Such moves are the basis for what is now popularly known as Track 2 Diplomacy.