As the army's pilot car drove aside after leading us for 6 long hours, we knew we had reached the border. Our run in India had come to an end, and what a run it had been! From 500 metres ahead, we could see the border.
The India - Myanmar border in Manipur is connected by a bridge, half of it in India and other half in Myanmar. One vehicle at a time, we crossed over to Myanmar, the third country on this epic rally. Excitement levels rose as the Myanmar team welcomed all the participants on the radio. 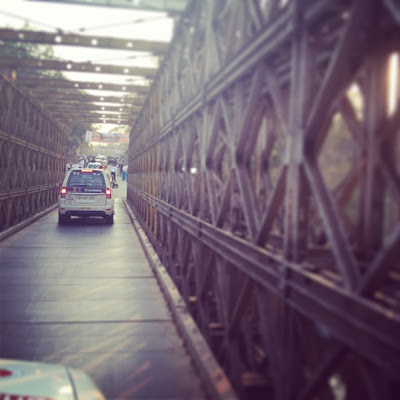 Just a few kilometres in, we spotted beautiful pagodas. As we went along on long and straight stretches, the people of Myanmar continued to wave out to us. We were delighted to see the enthusiasm of the locals. We made our way to the town of Ka Lay later in the day; our arrival was followed by a cultural show and dinner. But before we called it a day, Htet Htet decided to sing for us. None of us could resist despite the exhaustion, and we all got on stage to shake a leg to the music. 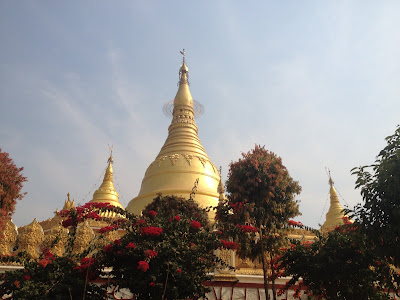 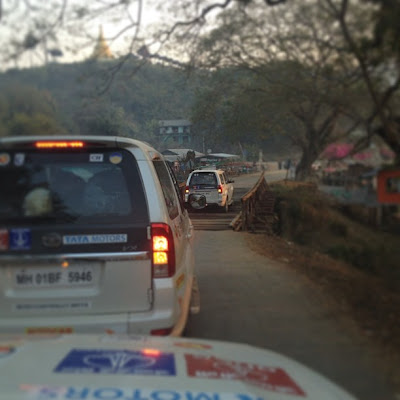 By now, we had all become accustomed to sleeping late and waking up early, and next day was no different. The night before, we were given a heads up about the rough stretch from Ka Lay to Mandalay; we, of course, thought it would be as rough as our previous off-road experience. However, it turned out to be quite a fun terrain to drive on, with straight stretches, no tarmac and hill inclines up to 45%. Quite an adrenaline rush!
Half way through the stretch we came to a tea break at a small village, where the group was surrounded by local villagers. Why? One of them spotted Kaung Khant and Aye Myat Thu, the two actors from Myanmar. Well, that had been the story everywhere we went in Myanmar. Villagers were star struck. Later, we continued our drive to Mandalay, where our welcome was grand! The local administration had put together a reception with cultural performances and dinner. Just what we needed after a long day of driving! 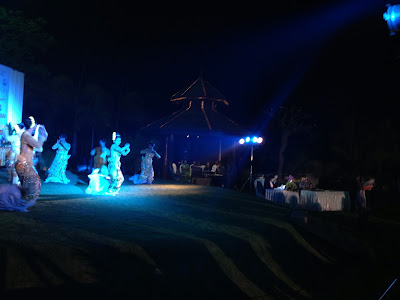 This was our second and also the last day in Myanmar, and next day was the border-crossing to China. Myanmar had kept us awestruck with its natural beauty, unmatched warmth of people and amazing food. We all knew we are going to miss the place.